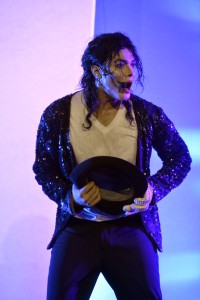 World’s No.1 Michael Jackson impersonator to perform at BKU Awards

The BKU Awards will take place in the stunning environs of Shakespeare’s Globe Theatre on Thursday 23 June. Hosted by Paul Sinha, star of ITV’s day time quiz show, The Chase, the evening will be an impressive tribute to the retailers, brands and people that make the kitchen and bathroom industry great.

What’s more, the world’s greatest MJ impersonator, ‘NAVI’ is set to perform at the event, courtesy of Showtime, a company that has specialised in Michael Jackson productions for over 20 years.

The show is called ‘King of Pop – The Legend Continues’ and will cover a period of more than five decades with hits including Smooth Criminal, Beat It, Billie Jean, Bad, Black or White, Thriller and Man in the Mirror’, as well as Jackson Five classics such as I want you back, ABC, Can you feel it and Shake your body.

Navi has become such a force that recently his name had to be ‘trademarked’ as many have attempted to pass themselves off as ‘Navi’.

“Endorsement doesn’t come any clearer than Michael Jackson himself applauding you, inviting you to Neverland and using you on several occasions to promote albums/concerts or as a decoy,” says Showtime.