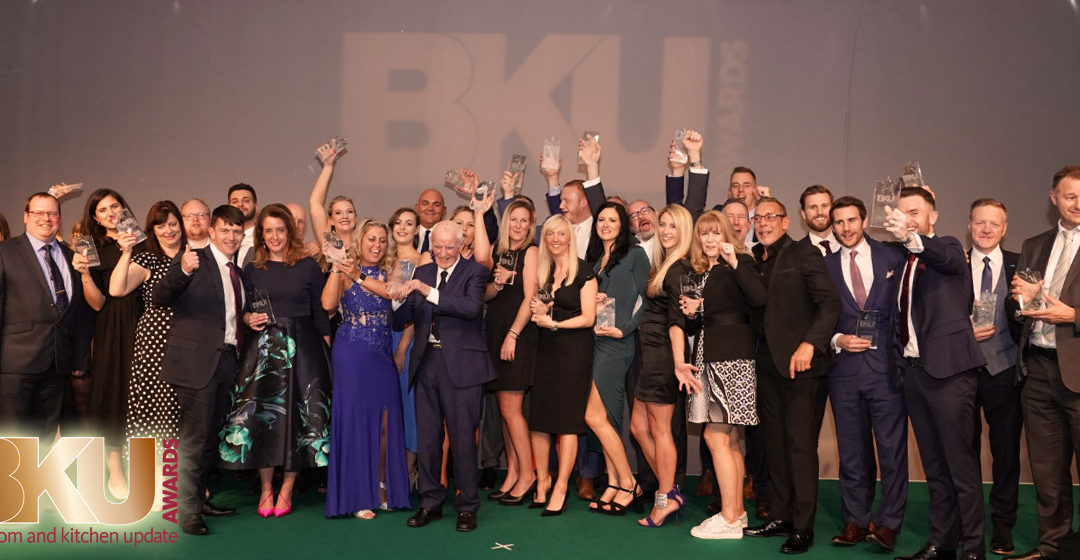 Hundreds of professionals from across the KBB sector headed to The Pavilion at The Tower of London on Thursday 20 June to celebrate the industry’s collective successes at the fifth annual BKU Awards ceremony.

As well as being an opportunity to once again toast the industry’s very best brands, retailers and individuals, the ceremony served as a milestone for the scheme itself – with the event marking the fifth anniversary of the BKU Awards, which was launched in 2015 by BKU magazine publisher, Datateam Business Media.

During the opening speech business director Carl Hearnden commented on the journey to this incredible landmark: “When we launched the Awards, we had one aim: to provide an unrivalled platform to recognise the very best in KBB. We hoped that a BKU Award would come to be synonymous with the highest levels of excellence and that it would truly mean something to win one.

“The fact that you are all here today, excited and raring to go after another record-breaking year, is a testament to the fact that we’re doing something right.”

With outstanding people integral to the success of any company, the BKU Awards wanted to honour an incredible individual in the KBB industry that unfortunately passed away in 2019: BA Components’ sales and marketing director, David Caulfield. The Outstanding Contribution Award was presented to David’s family and it was announced that going forward, the accolade would be renamed the David Caulfield Award in his honour.

After settling down for lunch, guests were then treated to a surprise round of comedy from Mock The Week favourite Andy Parsons – thanks to sponsor Virtual Worlds – before the much-anticipated awards presentation got underway.

The first accolade of the afternoon was for the Best Shower Brand, which went to Aqualisa for the second year running, before it was revealed that RAK Ceramics would also continue their reign as the Best Tiling Brand.

Laufen was revealed to be the industry’s choice for Best Bathroom Furniture Brand and Vogue (UK) was awarded the Best Heating Brand honour before BLANCO collected the Best Sink Brand award.

The afternoon was filled with success for VADO, scooping two trophies in the Best Bathroom Tap Brand and Best Accessory Brand categories. Classic Interiors also had plenty of reasons to celebrate, securing Omnichannel Kitchen Retailer of the Year for the second consecutive year as well as receiving the coveted award for Best Customer Service.

Beyond Bathrooms took home the award for Omnichannel Bathroom Retailer of the Year, while Roca came out on top in the Best Sanitaryware Brand category and NEFF was revealed to be 2019’s Best Appliance Brand.

Quooker continued to dominate in the Best Kitchen Tap Brand category, while Blum secured the Best Component Brand award and Dekton picked up the title of Best Work Surface Brand.

The 2019 ceremony marked the introduction of a brand new category at the BKU Awards: the Corporate Social Responsibility Award. Developed in collaboration with sponsor Used Kitchen Exchange, this accolade recognises a company that has demonstrated a clear commitment to the future through the implementation of community and sustainable initiatives – and GROHE was revealed as the inaugural recipient of this unique accolade.

Uform was also victorious at the Awards – picking up the award for Best Overall Kitchen Brand – while in the hotly contested Best Distributor Brand and Best Software/CAD Brand categories, Claygate Distribution and Virtual Worlds came out on top respectively.

The penultimate accolade of the afternoon was for the Best Sales Representative, which was awarded to System Six Kitchens/Quantum’s Donna Tancock before the presentation came to a close with the prestigious Lifetime Achievement Award which was presented to Trojan founder, Maurice Mosley.

The ceremony ended with an opportunity for guests to give a little back by taking part in the BKU Awards’ Lottery – a charity fundraiser in aid of the African Children’s Fund, sponsored by VADO. Thanks to the generous donations from all in attendance, a total of £1436.00 was raised at the event.

The organisers of the BKU Awards are delighted to have once again been able to celebrate the industry’s successes with those at the heart of the sector, and would like to extend their thanks to the sponsors who make these unforgettable events possible: 2020, Aqualisa, BA Components, BLANCO, Claygate Distribution, Compusoft, Dallmer, Mereway Group, RAK Ceramics, Trojan, Uform, Used Kitchen Exchange, VADO, Vogue (UK) and Virtual Worlds.

For more information about the BKU Awards and to view a gallery of images from the ceremony, visit www.bkuawards.co.uk.